10 Skills to be the Master for becoming a Data Scientist 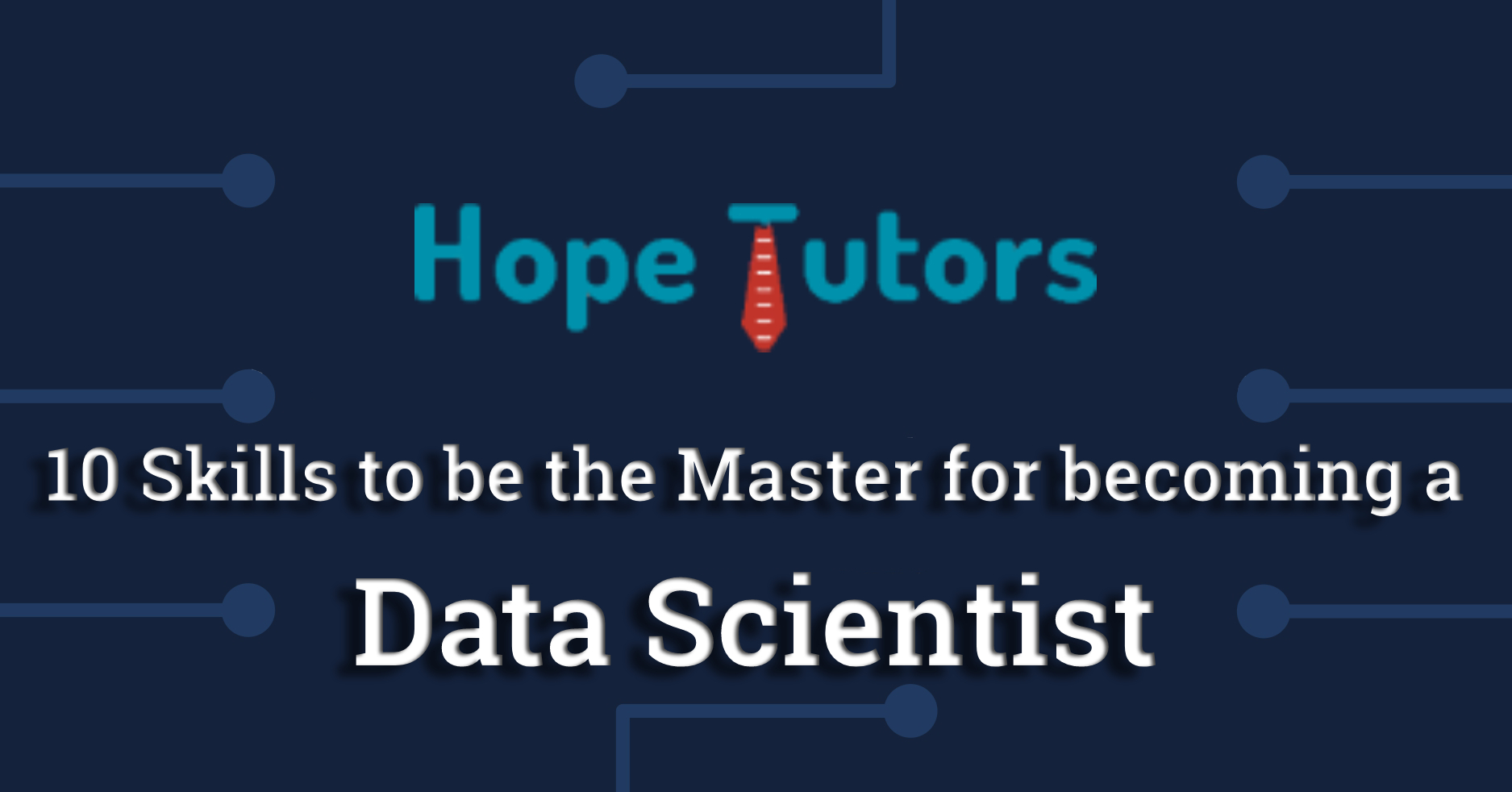 It is a field of analyzing large amount of raw data. It classifies the raw data into the useful patterns. The patterns are used to form more concrete questions. The answers for these questions give the correlation between the data sets. This correlation and the patterns will be useful in solving the problems.

Data science uses predictive analysis. It also uses statistics and AI for data analyzes. The queries framed in data science is used to form. It is also useful in groups. Groups is also known as clusters. This clustering is further used to identify business analysis. Data Science is taking unordered data. Convert it to ordered format. The ordered format is useful for further analysis.

These Data Scientist will develop the statistical models. This model will help in analyzing the data. They use the different analytics. It is used to detect the pattern as well as trends. It is also used for the relationship in the data sets.

The data scientist should have important 10 skills. Data Science Training Courses cover all these skill sets. They are as follows,

The Data scientist should concentrate on the Matrices. They should know about the Linear Algebra as well as the Hash Functions. The data scientist Should have the knowledge of the Binary Tree.

They should have the knowledge of Relational algebra & Basics of database. The Extract Transform Load knowledge should require. They should know about Reporting the Business Intelligence & the Analytics.

They must be an expert in at least one programming Language. The Data scientists should be expert either in Python or in R programming.

It is important part of Data life cycle. The Data Scientist need good knowledge in lot of the visualization tools. Often, we can use any programming language to achieve this. One of the best tools used is Tableau. Kibana, Google charts as well as Data-wrapper are some famous tools used.

Idea about the Clustering is must for the Data Scientist. These are some famous algorithm used in the machine learning. The data scientists should know about the fundamentals of the Neural Networks. They should know about anyone library used for creating the learning model.

Most of the Data Science Training Courses will cover all these algorithms.

Big Data plays an important role in the Data scientist. In general, there will be a large amount of data floating. Big Data Analytics plays a major role in the improvement of business. It involves in the decision-making. It applies in the analytics domain.

The Big Data is process by framework. The Data Scientist must know about the Frameworks. Hadoop is one of the best Big data. Spark is another most important Big data.

In data analysis process, feature selection occurs. It occurs before applying the Analytical model to the data. Data munging is the input given to analytical algorithm. The changes made with the raw data is so clean as well as acts as the input.

The Python as well as the R programming language involves for this achievement. This plays a major role in the life cycle of the data. The data scientists should know about the Data Munging.

It is not a technology. Data-driven problem solving is an approach. The data scientist should develop this from their own experience. They should know about the approach the problem. Salient features & knowing how to form the question, which gives answer includes this.  Data Scientist should consult with the co-worker for the analytic process.

One of the best Job in 21st century is Data Scientist. Data Scientists are getting the highest salary. There are lot of training courses for Data Scientist. In Chennai, Hope Tutors is the best institute. It provides the training for the data scientist. The course covers all these mandatory skills. Field experts are taking these courses. This course will boost the career in the data science field.